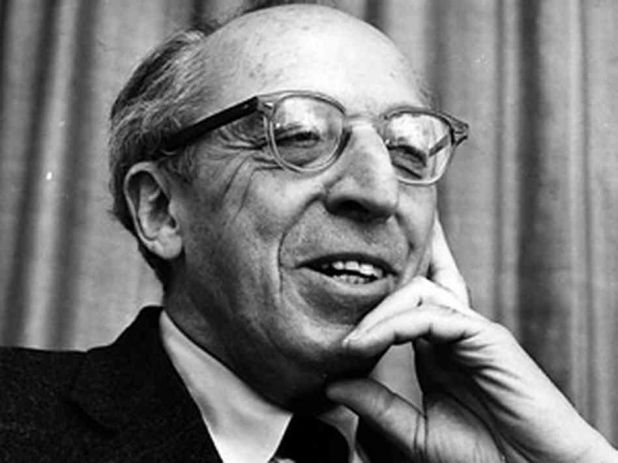 On November 14, 1900, Aaron Copland was born. We have just passed his birthday, though he died in 1990. He was an American composer and conductor and wrote music that is considered to be classic American, including what is considered to be cowboy and western music. The piece I'll be starting with is Fanfare for the Common Man, which was written in 1942 during World War II just after the US joined the war. It was intended to be patriotic, but also honour the common or ordinary person. It's been borrowed often for tv and film scores, so it is very likely you have heard it before, even if you didn't know its name or composer. Extra Exploring: One of his other more famous songs is Hoe-down from a ballet he wrote called Rodeo. It sounds like what we would consider to be classic "western" music. If you have seen An American Tail: Fievel Goes West, you've heard a parody of this using some of the same musical themes. Extra Extra Exploring: That's not all! Near the end of his life, he also wrote another giant piece (over 40 minutes long) called Appalachian Spring, also intended as a ballet. It's long, but worth it! It incorporates a folk tune called 'Tis the Gift to be Simple that you hear coming in at 23:25, so if you only want to listen to a bit of it, that might be a good place to start.

This last weekend I was able to attend the Edmonton Symphony Orchestra with Marc-André Hamelin (it's a French name - don't pronounce the "H" in Hamelin and you should get it!) as their guest. He is a French Canadian pianist and with over 50 recordings available, is considered one of the best! On CBC's list of top 25 Canadian pianists, he ranked #2. He played Mozart's Concerto No. 27, the last one that Mozart wrote. It is serene, quite mellow, and although beautiful to listen to, it was admittedly not particularly exciting to watch because Hamelin makes it look so easy that he barely raises an eyebrow, even when improvising his own cadenza. There isn't a recording of that concerto easily available, but you will get the idea of how he stays looking like he is barely making an effort even when his fingers are flying in this video. This is Debussy's L'isle Joyeuse, which means The Joyful Island, and you can hear the water and the joy bubbling up. Extra Exploring: My favourite recording of Hamelin's is of music by Kapustin, who was a Russian composer of jazz music. Yes, that's a strange combination, since jazz is more often improvised than composed, and the Russians aren't particularly well known for jazz music. You can hear some of it here, although the video is nothing more than a picture of Kapustin for the first half and Hamelin in his younger years for the second. It's still some fantastically fun music!