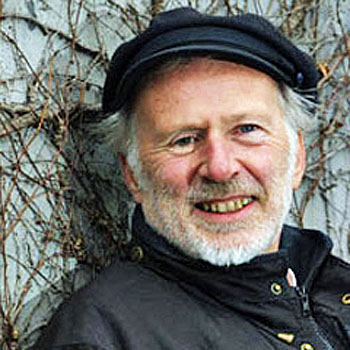 November 20 – 26 is Canada Music Week, so to celebrate, I’d like to introduce you to some contemporary Canadian music! By that, I also mean contemporary art music, not contemporary pop music, so like much contemporary art, it is admittedly slightly strange sometimes and completely and utterly strange at other times. While there may be moments of beauty, it’s about expressing and exploring all kinds of sounds and emotions, so you might love it or hate it or find that you can’t stop thinking about it. I’d like you to hear a piece by R. Murray Schafer, who is one of Canada’s best known living composers. He was born in 1933 and has lived most of his life in Ontario. He was very interested in “acoustic ecology” -  the study of how humans are affected by natural and artificial sounds. He wanted to preserve the soundscape through anti-noise legislation. After a trip to Greenland and studying the snow from his farmhouse window, he was inspired by seeing the shapes of the snow to write the piece we are about to hear, Snowforms. Schafer uses what is called graphical notation, which doesn’t look very much like the music that we are used to seeing on the staff and more like pictures of what he wants to happen with the sound. For this piece, he started with a series of sketches of the snow and then created the music out of that. It is written just for female voices and incorporates several Inuit words for snow as text within a lot of humming, meant to convey the stillness and peacefulness of snow. Take a listen, and remember as you follow along that the double slashes // on the left side indicate another line of music: Extra Exploring: If you liked that, you will probably also like his piece called Miniwanka, or The Moments of Water, which explores water as rain, streams, lakes, rivers, and the ocean through sound, again using North American Indian languages with an even more interesting graphical score to follow!